Welcome to The International Hypnosis Research Institute Web site. Our intention is to support and promote the further worldwide integration of comprehensive evidence-based research and clinical hypnotherapy with mainstream mental health, medicine, and coaching. We do so by disseminating, supporting, and conducting research, providing professional level education, advocating increased level of practitioner competency, and supporting the viability and success of clinical practitioners. Although currently over 80% of our membership is comprised of mental health practitioners, we fully recognize the role, support, involvement, and needs of those in the medical and coaching fields. This site is not intended as a source of medical or psychological advice. Tim Brunson, PhD

The power of the mind over the body is a feel-good cliché referred to by self-help gurus and alternative health care authorities. However, does this have merit – and especially scientific credibility? Or, is this merely idealist hogwash?

Hard-nosed scientific medical authorities and other skeptics have a hard time believing that suggestion and imagination can have any effect over the healing process. Even though there seems to be a general acceptance that chronic stress does have long-term medical implications, beyond that many cannot fathom the possibility that how you think will have anything to do the ability for cells and organs to return to a healthy state. 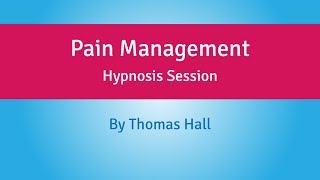 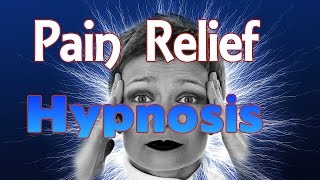 Robert has worked in the field of Mind Dynamics for over 20 years, having conducted in excess of 4,500 workshops and seminars. Speaking on behavior modification to as many as 150,000 people in 29 states, he is considered by his peers to be a "World-Class Presenter" and serves as convention faculty staff for: The International Medical and Dental Hypnotherapy Association The National Guild of Hypnotists The International Association of Counselors and Therapists International Hypnosis Federation The American Board of Hypnotherapy The American Council of Hypnosis Examiners The National Board for Hypnotherapy and Hypnotic Anesthesiology The Mid-America Hypnosis Conference The North Coast Hypnosis Society.

Hypnotizability and Performance on a Prism Adaptation Test.


The susceptibility to hypnosis, which can be measured by scales, is not merely a cognitive trait. In fact, it is associated with a number of physiological correlates in the ordinary state of consciousness and in the absence of suggestions. The hypnotizability-related differences observed in sensorimotor integration suggested a major role of the cerebellum in the peculiar performance of healthy subjects with high scores of hypnotic susceptibility (highs). In order to provide behavioral evidence of this hypothesis, we submitted 20 highs and 21 low hypnotizable participants (lows) to the classical cerebellar Prism Adaptation Test (PAT). We found that the highs' performance was significantly less accurate and more variable than the lows' one, even though the two groups shared the same characteristics of adaptation to prismatic lenses. Although further studies are required to interpret these findings, they could account for earlier reports of hypnotizability-related differences in postural control and blink rate, as they indicate that hypnotizability influences the cerebellar control of sensorimotor integration.


Our research extends studies that have examined the relation between hypnotic suggestibility and experiential involvement and the role of an hypnotic induction in enhancing experiential involvement (e.g., absorption) in engaging tasks. Researchers have reported increased involvement in reading (Baum & Lynn, 1981) and music-listening (Snodgrass & Lynn, 1989) tasks during hypnosis. We predicted a similar effect for film viewing: greater experiential involvement in an emotional (The Champ) versus a non-emotional (Scenes of Toronto) film. We tested 121 participants who completed measures of absorption and trait dissociation and the Harvard Group Scale of Hypnotic Susceptibility and then viewed the two films after either an hypnotic induction or a non-hypnotic task (i.e., anagrams). Experiential involvement varied as a function of hypnotic suggestibility and film clip. Highly suggestible participants reported more state depersonalization than less suggestible participants, and depersonalization was associated with negative affect; however, we observed no significant correlation between hypnotic suggestibility and trait dissociation. Although hypnosis had no effect on memory commission or omission errors, contrary to the hypothesis that hypnosis facilitates absorption in emotionally engaging tasks, the emotional film was associated with more commission and omission errors compared with the non-emotional film. Copyright © 2014 Elsevier Inc. All rights reserved.

Paul G. Durbin PhD, an ordained United Methodist Minister and a retired U.S. National Guard Chaplain (brigadeer general), is the author of over 100 articles on subjects such as pastoral care, death, dying, and grief, stress management, false memory syndrome, ethical considerations in health card, hypnosis, and hypnotherapy. He has written three books, which are Human Trinity Hypnotherapy, Kissing Frogs, and Hypnotherapy for Body, Mind, and Spririt. He is the former president of the International Medical and Dental Hypnotherapy Association.

Jonathan Cowan, Ph.D., BCIAC, the founder and Chairman of NeuroTek, is a well-known and respected researcher and pioneer in interactive performance enhancement training. He is a Peak Performance Specialist who understands that NeuroVideoFeedback™ technology has the ability to improve people's lives by increasing their focus and decreasing stress. He earned his Ph.D. from the University of California, San Francisco, where he worked with Dr. Joe Kamiya, the discoverer of brainwave biofeedback. Dr. Cowan is committed to making this powerful technology widely available for consumer, professional and institutional use.

Douglas E. Noll, Esq. is a full time mediator, specializing in difficult, complex, and intractable conflicts. Doug attended Dartmouth College, received his law degree from University of the Pacific McGeorge School of Law, and his Masters Degree in Peacemaking and Conflict Studies from Fresno Pacific University. He is an adjunct professor of law and chair of the board of trustees at San Joaquin College of Law. Professionally, Doug is AV-rated (the highest lawyer rating) and was a business and commercial trial lawyer for 22 years before turning to peacemaking. He is a Fellow of the International Academy of Mediators, a Fellow of the American College of Civil Trial Mediators and on the American Arbitration Association panel of mediators and arbitrators. He passionate about pragmatic, effective ways for people to find inner and outer peace in everyday conflicts.